Tempting as it might be to lock tenants into a long-term agreement of 12 months or even longer this might not be a good idea. If the tenants don’t pay their rent or make a nuisance of themselves, it will be a long, expensive and stressful process to evict them unless you have a break clause in the contract. 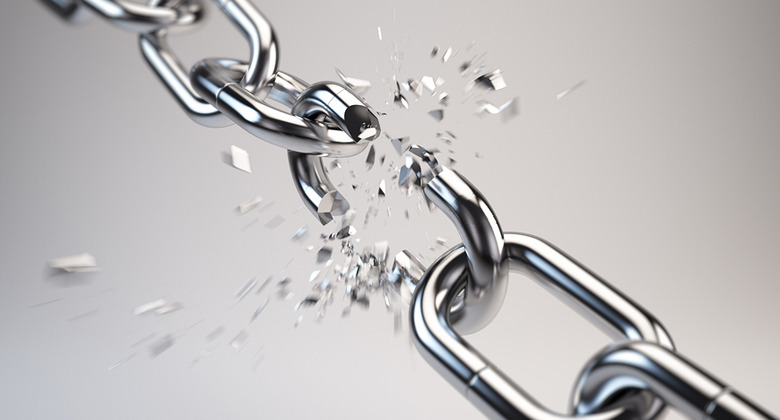 I have a friend whose new tenants have been driving the neighbours nuts with their anti-social behaviour since the day they moved in and she’d like to turf them out, but she didn’t include a break clause in their 12-month contract so she’s stuck with them till the end of the lease.

She could try evicting the tenants using what’s known as a Section 8 notice, but she will have to prove that their bad behaviour breaches the terms of the lease and, even if she’s ultimately successful, the process will doubtless drag on for months.

If she’d had a break clause in the contract she could have got rid of them much sooner.

So what is a break clause and how does it work?

A break clause is inserted into the tenancy agreement to allow either party to end the lease early, without financial penalty. It means that the landlord or the tenant can give notice to end the tenancy at any time after the date stated in the contract, but this cannot be within the first six months of the lease unless both parties agree.

A break clause is also a useful safety net in case your circumstances suddenly change and you need to sell your rental property quickly, or, if you’re renting out your home, if you need to move back in. It will allow you to get out of the lease without being forced to pay the tenant compensation.

However, break clauses can cause confusion, with tenants and sometimes landlords not sure exactly when and how notice should be served, so it’s important to make sure the wording in the contract is clear.

If a landlord wishes to break a contact they are required under the Housing Act 1988 to give the tenant at least two months’ written notice so it seems sensible for landlords to require a tenant to do the same, but this must be stated in the contract otherwise they might assume the notice period is only one month.

Some contracts state that the notice period must end on the last day of the rental period, so if the rent is due on the 2nd of each month, the notice must expire on the 1st. This is always the case if the tenant is on a periodic rather than a fixed-term contract.

Some landlords don’t include a break clause to prevent tenants from leaving early, but we think it’s better to risk losing a good tenant than to get stuck with a bad one. After all, a happy tenant is unlikely to leave without good reason and who wants to force someone to stay in a property against their will?

If you use Upad's tenant signup service, our ARLA Propertymark-qualified landlord team will help put together the perfect assured shorthold tenancy agreement, including break clauses if you'd like them to be included in there.

Upad - How to Create a Low Maintenance Rental

Upad - Tenant Deposits: When is Damage 'Wear and Tear'?